Nowadays, most businesses and homes have some sort of surveillance camera installed. CCTV systems not only protect homes and businesses and increase personal privacy, but also help keep families together. Nonetheless, they can't perform their miracles unless they're activated.

How do you know if a surveillance camera is actively recording? Each and every one of us, whether we are onlookers or homeowners, has the right to ask this question.

Now let's talk about how to identify a recording security camera.

The simple answer is that it is up to the individual camera and photographer. The first variety of camera is capable of constant recording. The second type of camera records only when motion is detected.

You should think about the primary goals of the monitoring and the available storage space to determine what will work best for you.

Let's compare and contrast the two distinct types of infrastructure.

Everything that happens, all the time, is recorded by CVR. Nothing is necessary to set it off, and nothing gets past it. CVR cameras are most effective in high-traffic or high-crime areas.

You can either use a memory card or upload all of your footage to cloud storage, both of which are supported.

Because of the limited storage capacity of the card, it is not possible to record and save all of that data. While unfavourable, this is an issue that can be addressed. When the storage space in a CVR security device is exhausted, it is repeatedly overwritten.

Since storage is effectively infinite under most homes and businesses security plans, cloud storage is the go-to third choice. All of the recorded footage is easily accessible and can be watched as soon as today or as late as next week.

There are now four possible outcomes, two of which depend on the user: manual tracking and scheduled documenting.

The ability to manually record gives you control over automated processes. What about that, though?

Scheduled recording is similar to continuous recording, except that it only records at predetermined times rather than 24/7.

How to Figure Out if a Security Camera Is Recording 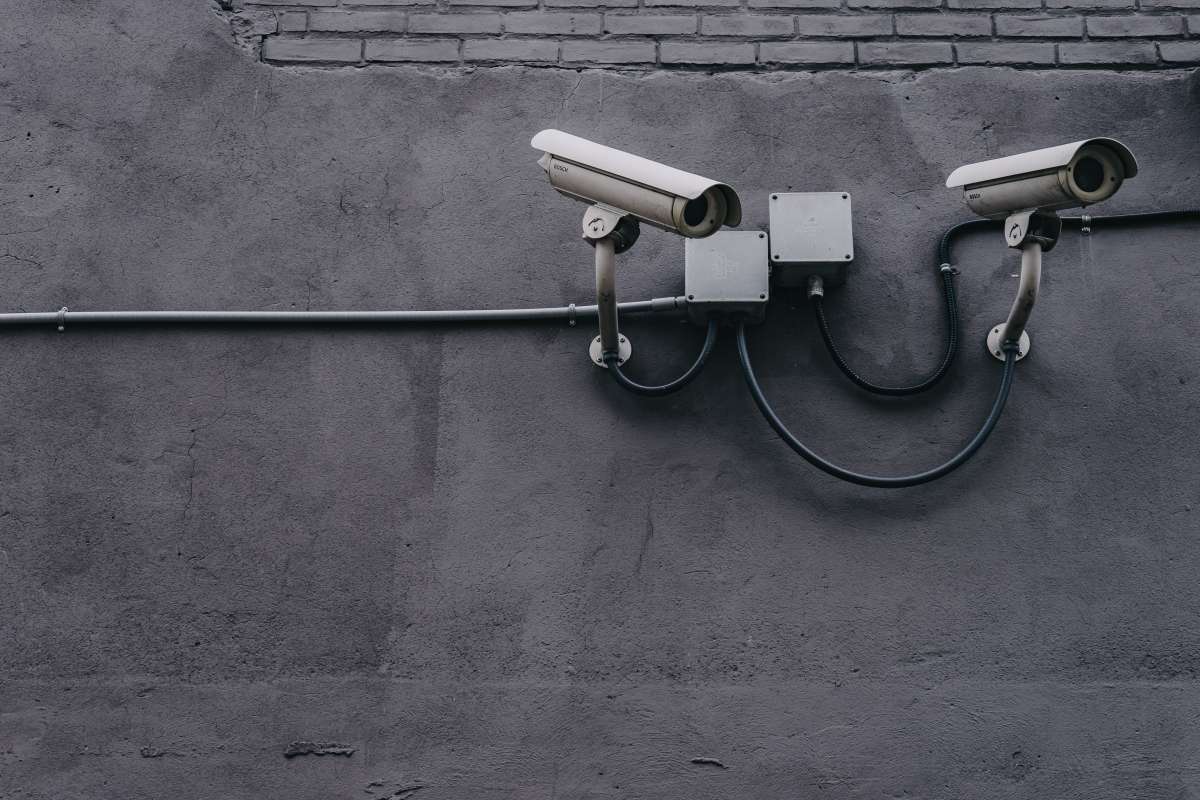 In this article, we will discuss eight indicators that a surveillance camera is active and recording.

Is The Camera Lens Moving?

You can verify that the camera is active by checking that the lens is moving. If you have a pan-and-tilt security camera (also called a 360-degree camera) set up, it will constantly be on the move. That's why we give you the choice between a pan and a tour.

Is There An External Memory Card?

Each photo and video clip captured by the camera is stored in its own memory or on a removable memory card. Although cloud storage is an option, it is crucial to keep in mind that hacked security cameras frequently delete their recordings, making it necessary to take extra precautions to safeguard the videotapes.

Can You See Tiny Red Lights?

Inspecting the IP security cameras' LEDs is a good practise. To identify a thermal lens security camera in the dark, look for the pinpoint red lights surrounding the camera's lens. Also, this suggests that the camera is active and recording.

It's also useful for figuring out if your camera's night vision features are any good. In addition, it is simpler to tell if a security camera is functioning when it is dark outside.

Can You See Any Lights From The Security Camera?

To see if a security camera is recording, you can simply block the sun with an object if there are lights in the area. When you block the light, the red lights on the lens of the security cameras will become obvious.

Live streaming is available through the security camera software, so you can check to see if recording is taking place.

For as long as you have the monitor on and can see the footage, the camera is recording. There could be a problem with the camera or the cables if streaming doesn't really occur or the filming is not viewable.

Use An Electronic Bug Detector

If the security camera is active and recording, you will be able to tell by receiving a "balanced signal" from the device, which can be detected using an electronic bug detector. Balanced video signals are adapted versions of the original signal that can be sent over copper phone lines, fibre optics, or satellite without degradation.

Within their allotted field of view, security cameras emit strong electromagnetic waves. Put your mind at ease about a suspicious location by using an electronic bug detector to locate all the hidden cameras there.

There is a simple way to verify the operational status of any surveillance camera, and it is surprisingly effective.

If the security camera you're considering purchasing has Wi-Fi, you can easily tell if it's on by checking the list of nearby Wi-Fi devices to see if yours is among them.

The camera's Wi-Fi connectivity allowed it to be activated remotely.

Use Your Android Phone

The Android phone can also check to see if the security camera is actively recording. There are a number of apps available that can detect the presence of cameras and alert you to their presence.

Security cameras with a battery backup continue to record and save your footage and images in a safe place even if the power goes out. However, you will lose the record game without a backup plan.

If your wireless security camera is powered by a lithium battery, you may not be able to tell when it stops working unless it is synced with an Android or iOS device.

Other Ways On How To Know If Cctv Camera Is On

Why Is Buying The Right Security Camera Important?

Even if the switches work, a fake camera won't be on or moving. No photos or videos were saved. Some security cameras are fake and meant to fool you.

You wouldn't want one for your home.

Always Google the brand you buy to make sure it works. Choose a manual zoom lens, says another. Here, you can handle the camera whenever you want and watch it record.

The Signs Of A Fake CCTV

You'll know if your CCTV camera works by determining if it's real or fake. Fake cameras backfire. 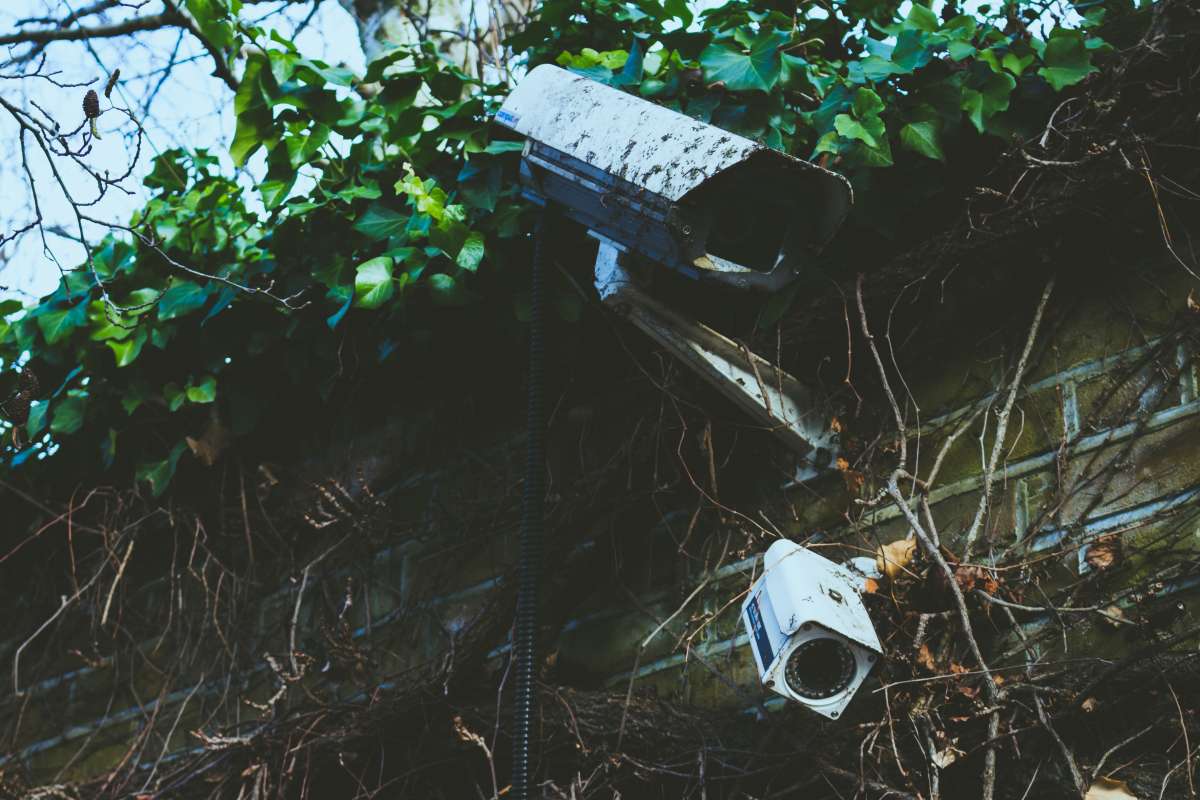 This is a common enquiry we get about surveillance cameras. To be sure, there isn't a simple solution. Numerous variables, such as the number of cameras at your disposal, the recording technique you choose, the available storage space, the quality of your camera systems, and your ultimate goal, will affect the final product.

Consequently, the length of time footage from a surveillance system is stored depends solely on the capacity of the system's recording media. It is common practise for businesses to keep at least one month's worth of security footage on file, while most homeowners only keep a week or two's worth.

Let's dissect that a bit to see how it works. We'll cover two distinct scenarios here: first, when video is saved to the camera itself, and second, when it's saved to an outer recorder. But before we get to that, let's talk about what happens to old surveillance footage when hard drive space runs out.

What Happens With Old Security Footage?

In most cases, when the storage capacity of a recorder's SD card or hard drive reaches its limit, the newest footage overwrites the oldest. With this in mind, the most recent two weeks of surveillance footage will always be stored if there is enough space to do so.

This is the prefered and most common approach to handling an entire hard drive. If you'd rather not have your NVR automatically delete old footage, you can usually change this preference in the system's web interface.

Saving Footage To A Camera

These cameras only record when motion, line crossing, etc. is detected. The size of your security camera's MicroSD card varies depending on how much it records.

If you're recording a busy street, your MicroSD card may only hold a day or two. If you limit your recording events, you could go months without using all your storage.

SD cards work well for standalone cameras. Even with a video surveillance system, use an SD card. If your NVR or hard drive fails, you'll have a backup.

How To Keep My Footage

Once an external hard or SD card is full, your surveillance camera and recording device will record over older footage.

No extra work is required. Sometimes you need to keep footage longer than your storage allows. When this happens, export your footage to a computer or hard drive.

The Things To Remember

Do not assume that all red lights are legitimate just because they flash. In order to prevent false alarms caused by constantly blinking red lights, security cameras only activate them when ambient light levels drop dangerously low.

Since the backs of some older CCTV cameras only feature green (off) and red (on) indicator lights, it can be difficult to tell if they are actively recording.

As CCTV technology evolves at a rapid pace, more advanced infrared cameras are being manufactured with black LED lights that are completely invisible in both the on and off positions. Spies commonly use these cameras now.

In the end, it must be worthwhile.

Most businesses and homes have some sort of surveillance camera installed. CCTV systems not only protect homes and businesses, but also help keep families together. How do you know if a surveillance camera is actively recording? Simple answer: it's up to the individual camera and photographer. The only time motion-activated recording devices start working is when they detect motion.

How Do You Know if a Camera Is Recording Audio?

Most cameras have a small hole in the housing that lets them pick up sounds. It looks like a tiny black hole below or on top of the image sensor of the camera. So, if you see a black gap in the center of the camera, you know that your voice is also being recorded.

What Does a Green Light on a Security Camera Mean?

Your camera attached and working well if the status light is always green. You may be seeing red lights around the camera because they are reflecting the infrared lights inside the camera.

What Does a Red Light on a Security Camera Mean?

Small Red Lights (or sometimes other colours) on security cameras show that they are recording. If the camera is always on, this light will also be on all the time. For those other cameras, like the Blink, the light would only turn on when movement is detected and a clip is recorded.

Can You Hear People Talking on Security Cameras?

Most states have privacy laws that say CCTV cameras can't record sound unless at least one person in the conversation gives their permission.

Do Security Cameras Light Up at Night?

People often call security cameras that work both during the day and at night "day/night cameras." Image intensifiers in these cameras make the light that is already there brighter. Day & night cameras don't have LED lights like infrared cameras, so there must be other light in the area.