As you probably gathered from our previous statements, the answer is definitely — yes. In fact, in many places, people restrict internet access to their wireless security cameras.

The reason they do this is that WiFi might leave the cameras vulnerable to hacking. There’s nothing easier than piggy-backing a WiFi signal nowadays, so places that take their security seriously, like banks and museums, often restrict access to their security cameras.

However, it’s not just jumping the signal that we have to worry about. WiFi blockers are a dime a dozen nowadays. Also, they are easy to use and install.

That means that a burglar might disarm your security monitoring with a simple gadget. Not connecting your wireless cameras to WiFi is something to consider.

So, if you bought an IP camera but don’t have internet access in your area, or you don’t want the security camera to use up all your data, you can still use it. It’s easy to work around this problem.

There are two solutions for getting your wireless security camera to work without internet access.

Pros And Cons Of Wireless Cameras Without Internet 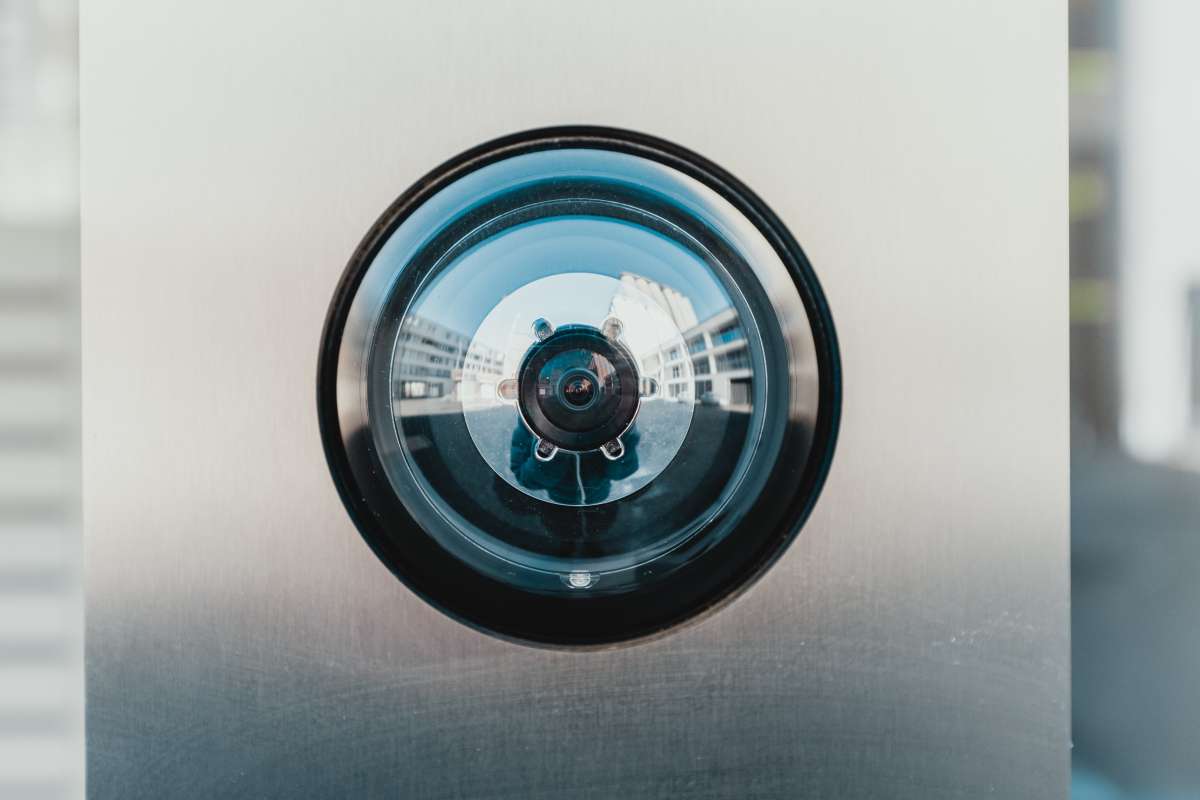 Of course, everything has its roses and thorns, so we’ll go in a bit deeper on the pros and cons of wireless IP cameras.

Most people think there’s internet accessibility everywhere. However, that’s not exactly true. Many places need a security system but don’t have access to the internet.

So, if you don’t want to spend a fortune installing the internet, you can still buy wireless security camera systems. However, keep in mind that you won’t be able to access the camera feed remotely.

Therefore, if you aren’t willing to compromise that instant access to data, you’ll need an internet connection. If the wireless security cameras don’t have a WiFi connection, you won’t be able to check them on your smartphone(mobile phones) or a computer or get notifications from motion sensors.

To make this happen, you need a wireless security camera system with a WiFi NVR. NVR is a network video recorder, and the security cameras won’t need WiFi because they will connect and communicate. Also, all you need after that is to connect them to a monitor or a TV, and you’re all set.

What Can My Wireless Security Camera Do Without The Internet?

What Can My Wireless Security Camera Perform When Connected To The Internet?

Put, with an internet connection, a wireless security camera becomes a mini-security system all on its own.

Once your wireless security camera is connected to the internet, you can watch live or recorded viewing at any time and from anywhere in the world. This means you can keep an eye on your home even when you’re at work, on vacation or just across the street.

Most wireless security cameras come with built-in “alarm systems”. Depending on the model you purchase, your security camera may sound an alarm, send text notifications and send an email when it’s triggered by an alarm or motion.

At Richmond Alarm, our security cameras go one step further to allow homeowners to pick and choose the specific events they want to be alerted for.

For example, a homeowner can integrate our wireless security cameras with their security system and choose to receive phone or email notifications when:

Along with the text notification, our wireless security cameras will also send a 10- to 15-second video clip so that you can see exactly what happened.

When your wireless security camera is connected to the internet, you can choose to capture 24/7 recording that is automatically uploaded to and stored in the Cloud.

Are There Security Cameras That Don’t Require Wifi?

As we mentioned before, there are a few solutions if you want to opt for a system that doesn’t use a WiFi connection. Here are your options:

CCTV stands for the closed-circuit television camera. It’s a security monitoring that privately monitors a particular area and doesn’t distribute the signal publicly. Most security systems are wired, and they can either use an Ethernet LAN cable (surveillance cameras) or a coax cable.

They might consider security systems that use a coax cable outdated. They are often analog and still the most common security cameras out there. This system has a resolution limitation. However, you can install HD security systems with existing coax cables.

The more expensive option is the IP security camera.

Like we already mentioned, the IP security camera needs a WiFi signal when you’re setting them up and when they detect motion. Otherwise, they won’t use up your data.

The NVR records and stores the footage and handles the alarms and the notification system. Decentralized IP security cameras don’t have a central NVR, and they store all data on an integrated SD card.

Pros of using an IP security camera: All data is accessible: The access to the feed is user-friendly but doesn’t allow unauthorized viewing. This requires an internet connection.

No security camera is also an option, but then the access to the footage is limited.

However, as mentioned, it requires a WiFi connection.

If you’re looking for the best of both worlds, consider cellular cameras. They do not require a WiFi connection but allow you to view your feed remotely.

They are ideal for remote areas without internet or an electric source.

Therefore, if you need to bypass the “no internet access” problem, cellular cameras are the way to go.

They don’t use WiFi or any other dedicated internet connection to transmit data. Instead, these “no WiFi” security cameras use a mobile network. The way they work isn’t much different from the way our cell phones work.

Cellular cameras run on the 3G/4G/5G network. What this means is that you still need a data plan — only a cellular one.

If you need surveillance somewhere with no power, let alone an internet connection, you can set up a cellular security camera with a battery or a solar power source.

However, keep in mind that these cameras have some limitations.

Given that they run on cellular data, they need a cellular network. Therefore, they would be useless in areas that don’t have good reception.

If you can’t make phone calls from a specific location, the chances are you won’t be able to install cellular cameras either.

If there’s a power outage, your surveillance keeps going, especially if you have a solar-powered system.

How To Connect Wireless Cameras To Computers Without The Internet 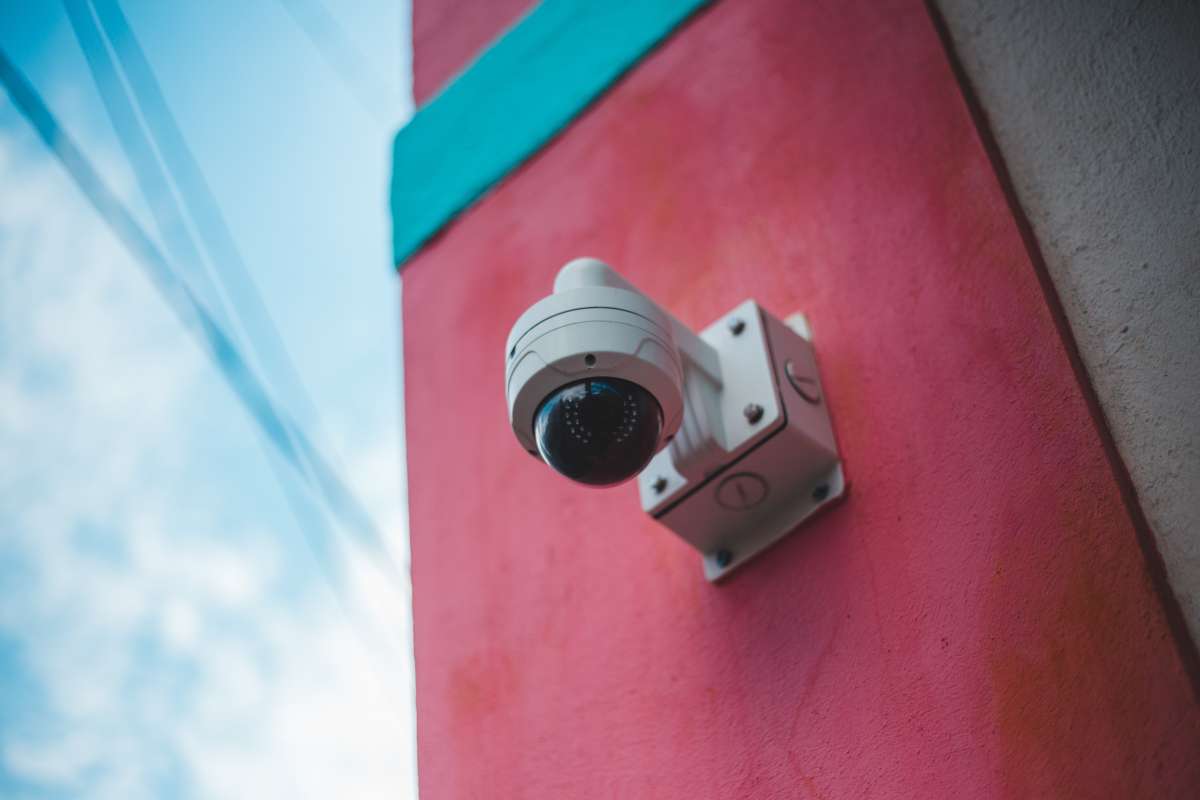 If you want to view your camera’s footage on a computer without using the internet, it is possible; however, it will require some additional devices and cables such as:

To use UTP cables as an example, we would:

Zooming out a bit (no pun intended), we wanted to take a closer look at wired, wireless and wire-free cameras. What’s the difference between them, and what are the pros and cons of each?

Wired cameras are cameras that need to be either plugged in or hardwired to power. Their main advantage is that the user never has to worry about the batteries running out, and 24/7 continuous recording is possible. However, some people don’t want physical wires in their homes. Plus, hardwired cameras are the most difficult to install, and if the power in your home goes out, wired cameras will go out as well.

As opposed to wire-free cameras, wireless cameras have wires that connect the camera to its DVR, while wire-free has, you guessed it, no cables whatsoever. The advantage of wireless cameras is easy installation, plus the fact that they will stay on during a power outage. However, you will have to worry about replacing or recharging batteries unless it’s solar-powered (a rarity). Plus, you won’t be able to record continuously 24/7 unless it’s plugged into its DVR. However, at least 24/7 continuous recording is a possibility with wireless cameras, unlike with wire-free cameras.

While they can’t record continuously, wire-free cameras are easy to install and require no wires at all.3 For neat freaks like us, the lack of cables is a must in our minimalist home. However, if you want that continuous recording, choose other wireless or wired cameras.

Can I Install A Wireless Camera Without Internet?

Wireless Security Cameras are closed-circuit television (CCTV) that transmit video and signal to a wireless receiver through a radio band. Many wireless cameras require at least one cable, which is the power adapter. Wireless cameras connect using either a LAN cable connected to the router or through the Wi-Fi network.

Most consumers prefer to get a wireless camera due to its low installation costs and ease to mount on the ceiling or walls. Wireless cameras can use an application to access camera settings or view a live feed. There is no limit to how many smart devices can connect to the wireless camera.

If you don’t want to upload your live footage via your smart devices, you can purchase an SD card to record and save it on your SD card.

What Is A Sim Card Router?

A portable Wi-Fi router is just like your internet box at home, but instead of being attached to a phone cable, they have a SIM card inside instead. These portable Wi-Fi hotspot devices are pocket-sized and work by inserting a sim card inside them. If you get an ‘unlocked’ mobile Wi-Fi device, this means you can use any SIM card, from anywhere in the world, inside it.

It is a portable Wi-fi router, and instead of being connected to a phone cable, they will have a Sim card inside. If you get an ‘unlocked’ mobile Wi-Fi device, this means you can use any SIM card, from anywhere in the world, inside it.