Why do you think padlocks have been around for such a long time? Physical security threats used to be the most prevalent threats because that was all society was accustomed to.

But thanks to rapid global growth and advancement, there is now a wide array of security threats that people have to consider.

As a homeowner or a building manager, when was the last time you assessed your security measures?

So there is all kinds of physical room inside it for someone to put in an appliance to capture data and conduct MiM attacks.

And end-users don’t usually go around and check for alien material inside their security devices, so you have successful attacks,

We want to take the time to explore some of the most common types of physical security threats to help give you a better understanding of the dangers they pose.

At the end of the article, we will walk you through some steps that you can employ to help reduce the danger of any physical security threats you may potentially come into contact with.

Different types of physical security threats can be addressed within every stage of the design, implementation and maintenance of the property.

A landscape view of the threats, the accompanying vulnerabilities and available countermeasures are, therefore, in the property owner’s interest to understand. 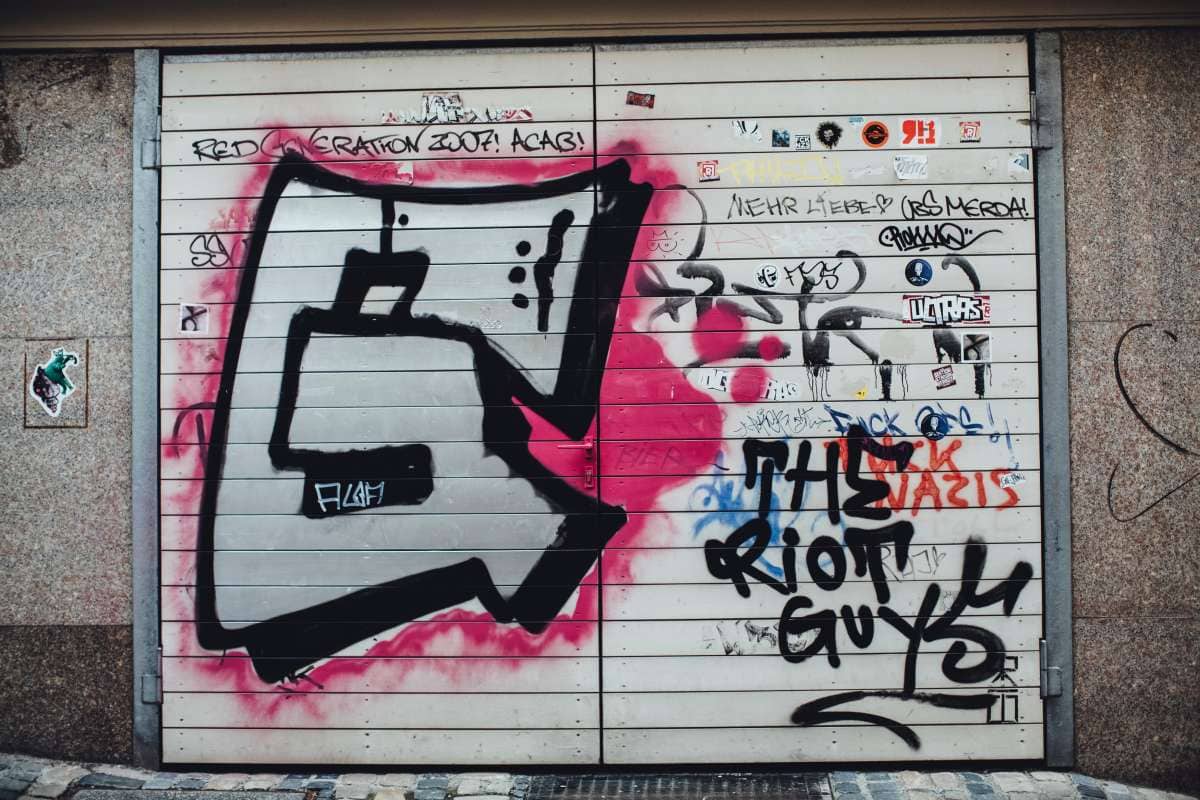 Although device security is a technology problem, suggested the need to address it culturally.

Their domains are different—vulnerability assessments, penetration exercises—but both strategies require a retailer to be OK with learning about their weaknesses. That can be a struggle.

Even if you can’t redesign a product, if you understand its vulnerabilities, you can at least enact some simple countermeasures, and you don’t have to spend a ton of money. Organisations should perform their own frequent, imaginative, independent vulnerability assessments to find security weaknesses.

Pick individuals outside the LP department who seem psychologically predisposed to finding problems and offering solutions.

Pick people from the mailroom or the graphic arts department, the smart, creative types who are always finding loopholes. These are just the kind of people who, in a vulnerability assessment (VA), can provide fresh insight into how creative adversaries might defeat your security systems.

The problem at a lot of organisations is that they’re afraid to encourage employees to think about these kinds of things, and they’re also afraid of what they’ll find.

It doesn’t help that in physical security, unlike cybersecurity, making changes is sometimes viewed as admitting to past negligence.

Some organisations will even halt a VA once they find vulnerabilities because really what they wanted was to rubber-stamp their program and to say they looked at it.

retailers should strive to develop a culture where uncovering vulnerabilities is seen as positive—and to be willing to accept that a legitimate vulnerability assessment will always find attack possibilities.

And you don’t have to find every vulnerability for it to be worthwhile. At least you can go after the low-hanging fruit and say that this attack and this attack are the most likely so that you can make some valuable, practical changes.

But it’s a shortsighted attitude that practitioners and their organisation’s need to rid themselves of.

Don’t think of a red team’s success as security’s failure. Instead, see it as new information to help adjust and improve safety.

The more we think from an adversarial perspective, the more we can know if we’re getting what we want out of our systems.

Looking at your security devices from the perspective of attackers will always point out flaws, but knowing whether it’s worth addressing them requires a detailed risk assessment, something else that LP practitioners could do better.

There aren’t good or bad security devices. It depends on what you need. However, ‘we don’t want stuff stolen’ is sometimes the extent of the risk assessment.

But when you’re looking for the best car, it depends on what you want the car to do. Is it to win the Indianapolis 500? Is it to impress the neighbours?

So even though a security system will have its vulnerabilities, it may be the right system given the adversaries you have, the budget you’ve got, and what you’re protecting.

Successfully hardening a system or device against physical security threats and vulnerabilities requires LP first to acknowledge that they are a possibility—and then be willing to gain a deeper, more honest understanding of their technology.

Learn how it can be attacked.

Understand the intricacies of what systems can—and can’t—do. And appreciate which threats devices can and can’t protect against.

But it’s often way less thought out than that. It’s people in charge of security buying something because the salesperson says it’s good. We see the whole thing more as a security culture deficit rather than a device security issue.

It is no surprise that physical security tends to be brushed aside in this day and age. As I pointed out, this is due mainly to the amount of time spent trying to counter other security threats, which have cropped up and grown in popularity over the last few decades. For example, due to the increasing popularity of smart locks, many people spend their time safeguarding against the unique vulnerabilities of these devices.

Physical security can be summarised as protective measures meant to protect people, resources, and other critical assets, from physical threats. Here are the most common type of physical security threats:

Theft and burglary are bundled deals because of how closely they are related. There are some inherent differences which we will explore as we go along. Theft and burglary are two of the most common types of physical security threats, and they are some of the easiest to protect against. I was hoping you would not take this the wrong way and think that I am boasting about security threat countermeasures. The last thing you want to do is to underestimate just how much burglary and theft can impede your safety at home or derail the progress of your business.

I say that theft and burglary are somewhat easy to combat because you can predict how you will be attacked to some degree of accuracy. This allows you to set measures in place that will help limit the access a burglar or criminal might have to your home or office. However, if you do not have any actions that are meant to guard against them, then you cannot expect theft and burglary to be easy to handle.

Many residences and commercial properties have to deal with threats like this daily. However, it is a much more complex problem for commercial properties. This is because you will have to safeguard against external and internal threats. When it comes to businesses, there is a very high likelihood that you will be exposed to the possibility of employee theft, as well as other security threats that can undermine your physical security. Taking the time to understand the vulnerabilities that you face from burglars and criminals will help you take the appropriate steps to combat these threats effectively.

Vandalism is defined as any activity that involves the deliberate destruction, damage, or defacement of public or private property. Vandalism is often glorified in the media, but the truth is that, in many ways, it violates some of the physical security measures that people have worked hard to put in place. Not only does it destroy some of these physical measures, but it also takes a toll on many of the resources that require hefty investments of time and money.

Imagine if someone egged your home just after you had completed a rather expensive remodelling process or if someone spray-painted something offensive across the front door of your office. These are not just harmless acts committed by teenagers or somewhat troubled individuals. They are crimes that threaten your physical security and the well being that you have strived to achieve.

In many ways, vandalism is often linked to property damage, and this is one of the things that robust physical security measures are meant to guard against. With the proper steps in place, the risk of property damage decreases ten-fold. There are times where vandalism might be used to deliver a message, as a political medium or as an art form, but it is always important to be aware property is being damaged in the process. And this makes it a unique threat to physical security. The key to defeating vandalism (especially on private property) rests in having robust perimeter security, which we will discuss later on.

The threat of terrorism is one that every company and household should take seriously, but it is often overlooked by many because they believe an act of terror will never hit them close to home. It might hit a region of your country, but you never think it will be on your street or in your neighbourhood. This might be true, but the worst thing you can do is believe that you are exempt from this occurrence. It would be best if you still took the time to prepare to combat it, should the need ever arise.

Unlike many of the other threats that we have discussed and will discuss, it is much harder to combat terrorism on a small scale, but there are measures that you can implement that will increase the likelihood of survival for those around you. Many of these measures are put in place by the government and other organisations to help prevent the possibility that a terrorist attack will occur.

This does not mean that homeowners and businesses are off the hook regarding physical security threats and terrorism. There are still preventative measures that can be put in place to ensure that the lives of your family and employees are not put at any additional risk. Some of the best ways to do this involve setting up safety protocols and measures tailored to dealing with the fallout of terrorist attacks. 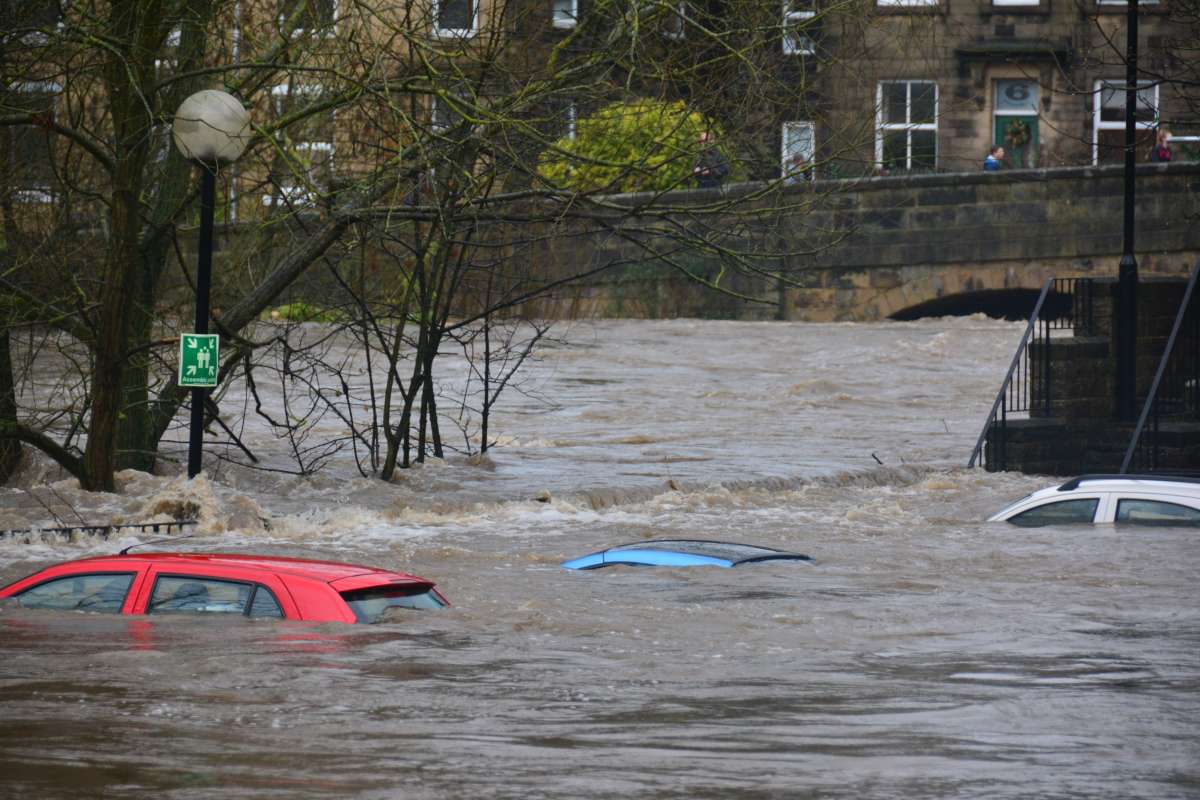 It used to be that natural disasters were very hard to plan for because it was difficult to predict when one would strike, but we haven’t had to live in the dark ages for quite some time now. In this modern age, companies and homeowners usually have a few days notice before any significant natural disaster hits (with specific exclusions). But even then, there is still a degree of unpredictability that they will have to contend with.

There is a broad scope of natural disasters that people will have to deal with at some point in time, and these disasters range from earthquakes, floods, wildfires, etc. Keep in mind that some of these disasters can also be manufactured, namely floods and fires. Not every flood or fire is going to be a result of a natural disaster. The loss of resources and damage to property can end up being very costly by the time it is all said and done. This tends to take a significant toll on physical security measures, and it is one of the harshest physical security threats that any organisation or individual will have to deal with at any time.

One of the best ways to combat and mitigate the danger and effects of a natural disaster is to invest in equipment that helps you stay alert. This equipment usually includes sensors and alarms that are meant to keep people aware and alert.

The thing about the assault is that it usually stems from people you have had some form of interaction with at some point in time, no matter how little. Assaults can prevent interactions with friends, neighbours, significant others, or even disgruntled co-workers.

The past interaction gives you an upper hand because it allows you to plan and counter any physical security threats. If you notice any behaviour that is out of the ordinary or threatening, you should consult with authorities or take steps to boost the physical security measures around you.