Want to know what hardware is in your computer? Become a computer pro with our quick guide to these essential components and their roles.

Quite simply, computer hardware is the physical components that a computer system requires to function.

It encompasses everything with a circuit board that operates within a PC or laptop, including the motherboard, graphics card, CPU (Central Processing Unit), ventilation fans, webcam, power supply, and so on.

Although the hardware design differs between desktop PCs and laptops due to their differences in size, the same core components will be found in both. Without hardware, there would be no way of running the essential software that makes computers so worthwhile.

Software is defined as the virtual programs that run on your computer; that is, operating system, internet browser, word-processing documents, etc.

Although a computer can function only when both hardware and software work together, the system's speed will primarily rely on the hardware used.

When building up a new computer or simply replacing old parts, you may need to know the specific hardware in your computer. The purpose of this guide is, therefore, to help you understand the inner workings of your computer.

Can Hardware Run Without The Software?

Most hardware cannot run without software or some form of instructions programmed into the firmware. Hardware that does not require software is a virtual device.

For example, an essential pair of headphones needs no software or instructions because they're only passing the audio from a computer to your ears. However, more sophisticated headphones (e.g., wireless headphones) require connecting wirelessly to a computer.

The components that makeup hardware can be categorized as being either internal or external. Internal components are those installed inside the computer, typical examples being the motherboard, power supply, and central processing unit (CPU).

External components are connected to the outside of the computer, and these can also be referred to as peripherals or peripheral devices, typical examples being the monitor, keyboard, and mouse. 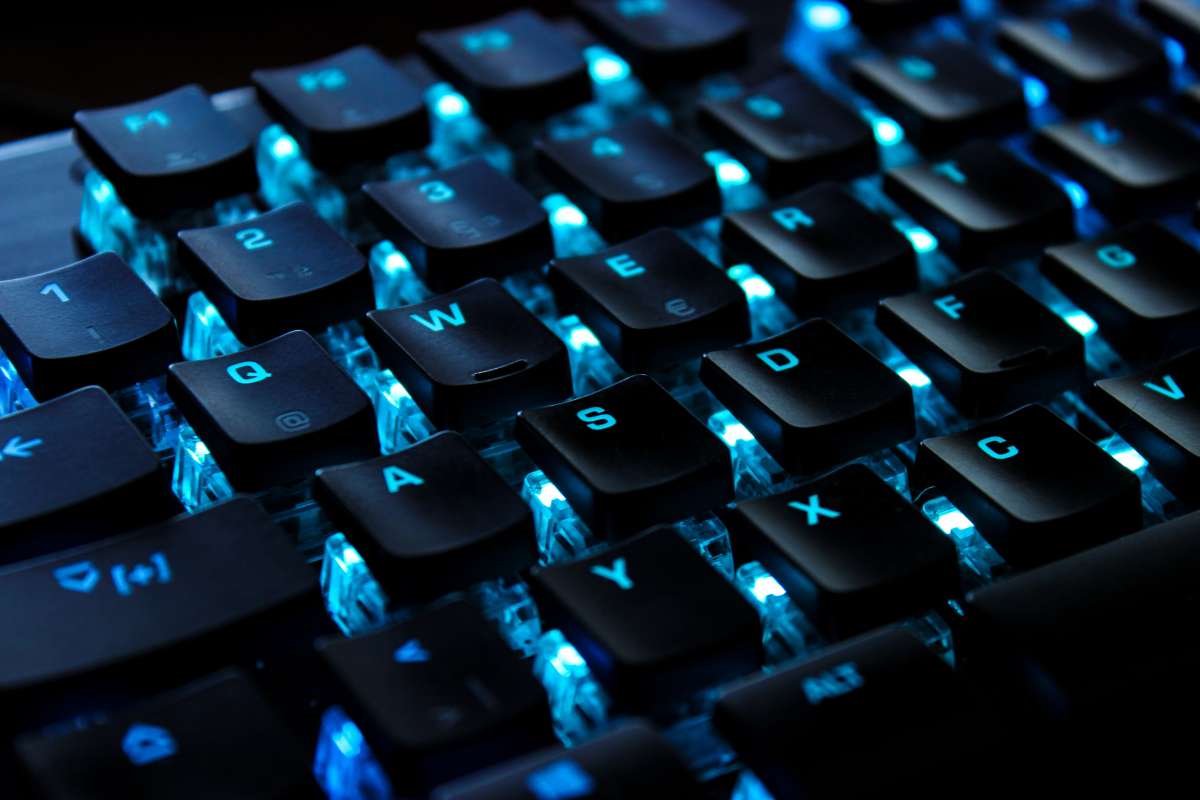 Below are 20 hardware examples. The first nine components listed usually belong to the internal category. The other 11 are typically external.

The motherboard is at the centre of what makes a PC work. It houses the CPU and is a hub that all other hardware runs through.

The motherboard acts as a brain, allocating power where it's needed, communicating with and coordinating across all other components – making it one of the most critical pieces of hardware in a computer.

When choosing a motherboard, it's essential to check what hardware ports the motherboard supplies. It's vital to check how many USB ports, and what grade (USB 2.0, 3.0, 3.1) they are, as well as what display ports are used (HDMI, DVI, RGB) and how many of each there are. The ports on the motherboard will also help you define what other hardware will be compatible with your computer, such as what type of RAM and graphics card you can use.

The motherboard (known colloquially as a mobo) is the main printed circuit board of a computer. It houses the CPU and operates as a hub that all other hardware runs through. It allocates power to the other components, coordinates them, and enables the communication between them.

The central processing unit, or CPU for short, is responsible for processing all information from programs run by your computer. Each CPU has a clock speed, the number of instructions it can process in any given second, measured in gigahertz. The quality of a computer's CPU has a significant effect on overall system performance.

The CPU (Central Processing Unit or processor) is responsible for processing all information from programs run by your computer. The 'clock speed', or the speed at which the processor processes information, is measured in gigahertz (GHz). This means that a processor advertising a high GHz rating will likely perform faster than a similarly specified processor of the same brand and age.

Random Access Memory (RAM) is the physical hardware inside a computer that temporarily stores data. It usually is found in the memory slots of the motherboard. Its role is to serve as the computer's "working memory" for the information created by programs. Generally speaking, the faster the RAM, the faster the processing speed at which memory moves data to other components.

The system memory is often called RAM (for random access memory). This is the primary memory, which holds all the programs and data the processor is using at a given time. Random Access Memory, or RAM, is hardware found in the memory slots of the motherboard. The role of RAM is to temporarily store on-the-fly information created by programs and to do so in a way that makes this data immediately accessible. The tasks that require random memory could be; rendering images for graphic design, editing video or photographs, multi-tasking with multiple apps open (for example, running a game on one screen and chatting via Discord on the other).

The hard disk drive is the primary data storage device of a computer. This is where the operating system, software titles, and the majority of files are stored. Unlike RAM, hard drives are non-volatile, which means they maintain their stored data even when powered off.

The hard drive is a storage device responsible for storing permanent and temporary data. This data comes in many different forms but is essentially anything saved or installed to a computer: for example, computer programs, family photos, operating systems, word-processing documents, and so on.

The video card (also known as a graphics card) is an expansion card that enables the computer to send output images to a video display device such as a monitor. The video card typically installs via a slot on the motherboard.

Solid-state drives are designed to be housed inside the computer as an alternative to traditional hard disk drives. Although they look almost identical to conventional hard disk drives from the outside, they have no moving parts. This means that they use less power, access data faster, and are generally more reliable.

Most personal computers and tablets have built-in memory card readers. This enables them to read data from memory cards, which are portable electronic storage devices used for storing digital information. Most current memory cards use flash memory, although other memory technologies are currently being developed.

The monitor is a hardware device that displays the video and graphics information generated by the computer via the video card. Monitors can also be called video display units, video display terminals, or simply screens. Older monitors were bulky and built using cathode ray tubes, but nowadays, they usually use LCD technology and are lighter and thinner.

The keyboard is a typewriter-style device that enables users to interact with their computers. Users input text, characters, and other commands by pressing special buttons known as keys. Although the keyboard usually is considered to be an external hardware component, it is an essential part of most computer systems.

The computer mouse is a hand-held pointing device used to manipulate objects on a computer screen. The standard modern mouse can direct a cursor using optical sensors. Most mouses also have two buttons (left-click and right-click), used for selection and accessing menus, and a scrolling wheel.

Printers are output devices that generate hard copies of electronic data stored on the computer, usually in text or images on paper. The most common modern printers use inkjet or laser technology and connect to the computer either via the computer's USB port or via WI-FI.

Computer speakers are standard output devices and are used for listening to music, movies, and other audio. They are available in a range of different qualities and prices, the more sophisticated versions having an additional subwoofer to provide enhanced bass output.

An external hard drive is a drive that typically connects to the computer's USB port. Some draw power from the computer via the data cable. Others need an AC wall connection. The main benefit of an external drive is its portability; you can carry relatively large amounts of data around with you or transfer data between different computers.

A desktop image scanner is an input device that transfers images or text to a computer using optical technology. The computer converts the signal to a digital image, enabling it to be edited, emailed, or printed.

Projectors are external hardware devices that enable a roomful of people to experience visuals generated by a single computer. They can "project" still or moving images onto a blank wall, screen, or surface. Modern digital projectors are often used for watching movies, enhancing presentations, or as a teaching aid. They connect to a computer via the HDMI port.

A joystick (also known as a control column) is an input device used by a player to interact with a computer game. Joysticks are also used to control various real-life vehicles, such as aeroplanes, trucks, wheelchairs, surveillance cameras, and uncrewed underwater vehicles, which are increasingly computerized.

Headphones are hardware output devices used to listen to audio. Typically, they plug into a computer line out or the speakers. They enable the listener to enjoy music, movies, or other audio in private and without disturbing other people close by.

A USB flash drive is a portable data storage device. Unlike optical drives, flash drives have no moving parts, making them more durable. A USB flash drive has an integrated USB interface and connects to the computer via a USB port.

Although the software is as necessary as hardware to run a computer, the overall speed of the system is mainly dependent on the hardware installed. That's why many users tend to replace some components over time to upgrade their "rigs" and increase their performance.

In recent times, the introduction of cloud technologies and virtual machines (VMs) has made hardware virtualization possible. A hypervisor creates virtual versions of internal hardware within an operating system to share resources and use them efficiently. In this way, the physical computing components are abstracted through software to lend their capabilities to other consumers. Hardware virtualization is used in infrastructure (IaaS) models for renting hardware resources over the internet.

What Are Hardware Upgrades? 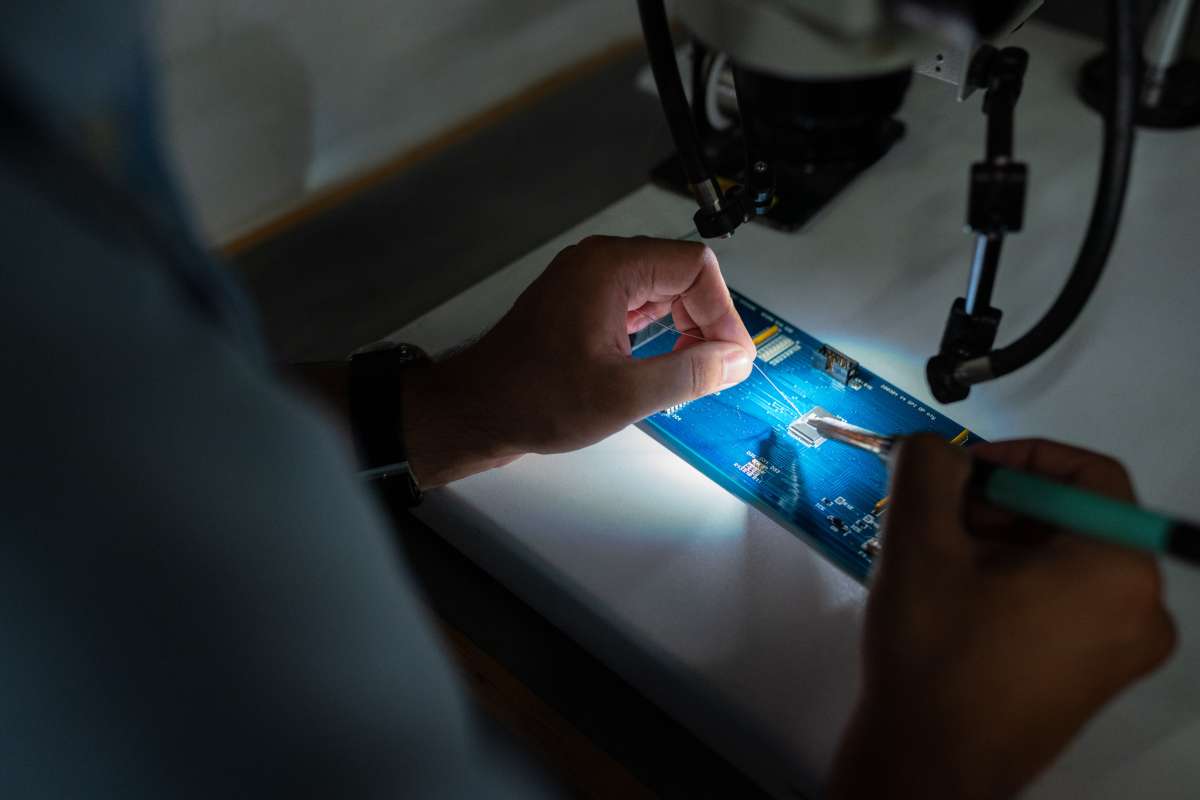 Following are the advantages pointed below.

The most critical component of a computer's internal hardware is undoubtedly the motherboard, which powers and controls the whole system. The motherboard is also the scaffolding upon which all other components and external peripherals are connected.

Beyond the motherboard, some of the most common internal hardware components include:

Peripherals are also a type of hardware. The most common ones include:

Where Can I Buy Computer Hardware?

There are many locations to buy computer hardware today. Many local computer retail stores and repair shops have hardware available in stock that can be purchased immediately. However, for more options and lower prices in most cases, it is generally better to buy hardware online.